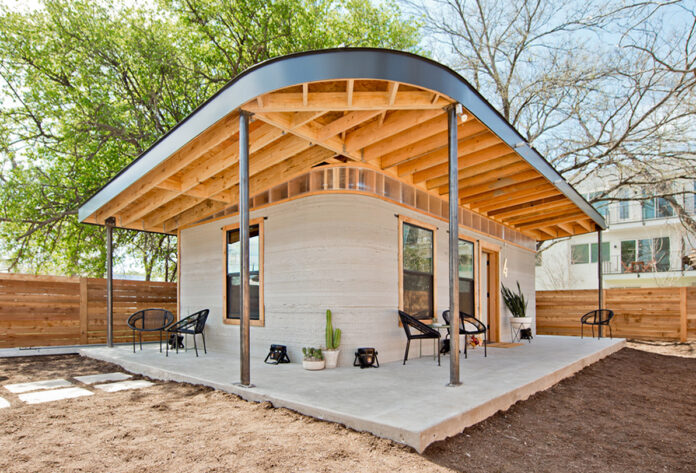 A community of 50 3-D printed homes is under construction in rural Tabasco, Mexico, claiming the title of the world’s first 3-D printed neighborhood. U.S. based nonprofit New Story along with tech company ICON has teamed up to build this 3-D printed neighborhood as a part of their project to combat global homelessness. The 3-D printed houses are designed to have two bedrooms, a living room, a bathroom, and a kitchen. These houses are designed to stand against natural disasters like hurricanes and earthquakes.

Though the 3-D technology and automation builds the houses faster than it takes to build them manually, workers are still needed for manual installations of plumbing, doors, and the roof. New Story hires local labors for these kinds of works. Using technology to build houses makes them sturdier and cheaper and creates job opportunities for the local workforce. The 3-D and robotic technology makes rehabilitation and rebuilding of homes faster after a natural disaster strike. The residents of Tabasco, Mexico have families that live on an income of less than 3 dollars a day. These low-cost houses will help the low-income group families find a house that they can call a home for generations to come. Hagler, the founder of New Story states that the big idea is to open source and democratize and try to get this technology into the hands of other housing non-profits and other governments that have agendas to solve very serious problems in their towns and their cities. Now, using New Story’s printer, known as “Vulcan 2,” they can quickly build safe shelters. For now, Hagler says they are not publicly revealing how much the operation costs. However, he says they do not want to keep this innovation to themselves. After their project in Tabasco, New Story is hoping to service other nonprofits who are working toward ending global homelessness.