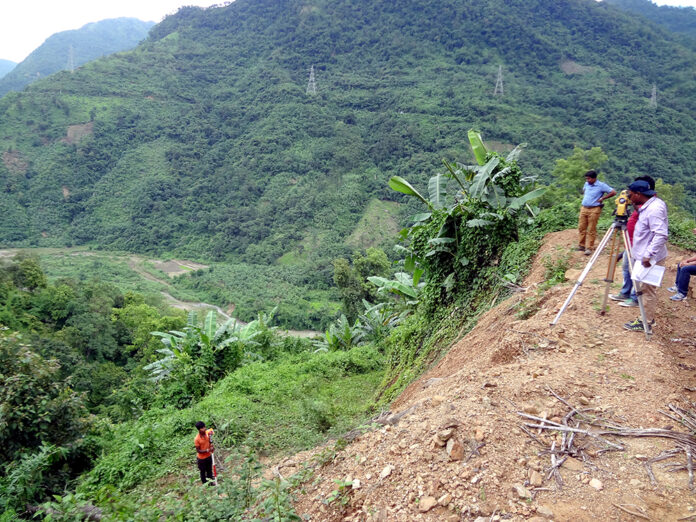 Indian Railways has been working strong and steady to connect the North-East with the rest of India. The 111 km-long Jiribam – Tupul – Imphal railway line is one of the many initiatives being undertaken by them in the region. Northeast Frontier Railway as a part of the above initiatives has started construction of new BG rail line between Jiribum-Tupul (Imphal).

Railway transportation is considered as one of the most convenient and efficient way of communication. Railway is a lifeline to the nation as it effectively connects people, brings economic growth, shorten the distance between places divided by difficult terrains, act as cheapest mode of mass transit, supply relief and reinforcement during emergency etc. That is the reason in last few decades need of mountain railway projects has been broadly identified and found as one of the most emerging sectors in infrastructure development. These projects carry many challenges to civil & structure engineering sectors due to its diversity in structural configuration, inaccessibility to site locations, variation in geological and geotechnical aspects and inspection and maintenance during its long-term design life. Though a large community of practicing civil and structural engineers are dealing with these challenges. AECOM has given some state-of-the-art design solutions to the critical challenges at site beyond client’s expectation in this project.

It is a duly conducted detail site survey & preparation of Digital Terrain Model along with geotechnical investigation with study of ground conditions.

Carrying out detailed design of the bridge including foundation and substructure and superstructure in hilly terrain (Jiribam – Tupul section) as per the spanning arrangement/alternative finally decided by the Railway after presentation, to “25 T loading – 2008” standard on curve/straight alignment Seismic Zone-V as per field details as per Railway guidance and convenience, Site specific response spectrum analysis, Wind tunnel testing / modelling in a reputed laboratory.

Carrying out slope stability analysis at desired location showing creep, slip and sign of instability based on soil exploration data.

The following are the challenges that were overcomes: