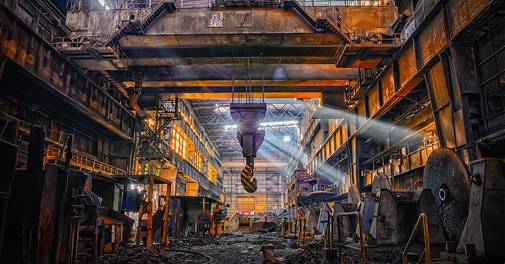 The Ministry of Steel has asked RINL and South Korean player POSCO to form a joint working group to oversee their plans of setting a green-field project in Andhra Pradesh. The South Korean steel major and state-owned RINL have been in talks for quite some time over their plans to set up a joint venture (JV) for manufacturing value-added special grade of steel. According to a ministry update, “The way forward for the proposed greenfield investment project by POSCO Steel at Visakhapatnam was discussed with the representatives of POSCO Steel…through a video conference. “It was agreed to set up a Joint Working Group (JWG) consisting of representatives from POSCO and RINL to facilitate the implementation of MoU signed between the two companies regarding investment on land owned by RINL.” The JWG would meet regularly to expedite the implementation of the MoU, the ministry said. The MoU between the two players was signed towards the end of last year, an official said, adding the group would now work on the aspects of the “final agreement as to what will be the share of the players (in the JV), amount of the investment, among others.” In July 2019, senior POSCO officials had met the then Steel Secretary Binoy Kumar and submitted an investment proposal. POSCO’s interest in India is not new. Earlier, the company had proposed to set up a 12 MTPA plant at Jagatsinghpur in Odisha at an estimated cost of Rs 52,000 crore. An MoU was also signed between POSCO and the Odisha government in this regard in 2005 but the plant could never be set up due to various reasons from delay in environmental clearances to protests by locals, and the pact ultimately expired in 2010 and was not renewed again. RINL’s 7.3 million tonnes plant in Visakhapatnam is a shore-based integrated steel plant. It has a land of over approximately 22,000 acre of its own and enjoys access to Gangavaram Port, where raw materials such as coking coal etc arrives. An expert said, since RINL is located on the eastern coast of India, a JV plant will give access to the South East Asian markets besides catering to the domestic needs of special steel through rail and road.

Steel the Future of Construction