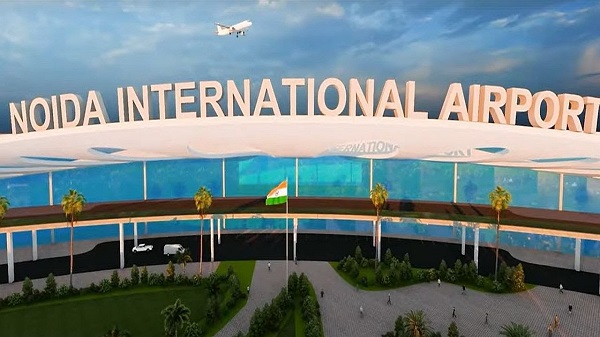 Noida International Airport, which is currently under construction, will boast many upscale amenities. A shopping mall and a 220-room luxury hotel are also being built in the vicinity of the airport, with 60 acres designated for commercial development.

The hotel and mall will also be constructed on this land. The developer selected for the airport is Roseate Hotels and Resorts, who won the contract through a competitive bidding process. Work on the runway and control tower is ongoing, with the planned inaugural flight set for September 30, 2024.

Through Yamuna International Private Limited, a subsidiary of Zurich airport, which previously established the Bengaluru airport, Switzerland is supporting the construction of the airport. There are also proposals to build a metro line that will run from the Jewar airport to the Greater Noida Knowledge Park metro station, the New Delhi Railway Station, and ultimately the IGI Airport in Delhi.

The Greater Noida Authority and the Uttar Pradesh government jointly possess 37.5 percent of the proposed Noida International Airport, constituting a 75 percent stake. The airport is being built to serve the people of Uttar Pradesh and relieve congestion at Delhi’s IGI airport. The government also intends to build Fintech City and other infrastructure projects close to the airport.

Making Of The Worlds Tallest Statue

Gujarat govt approves construction of high-rises of over 70 floors