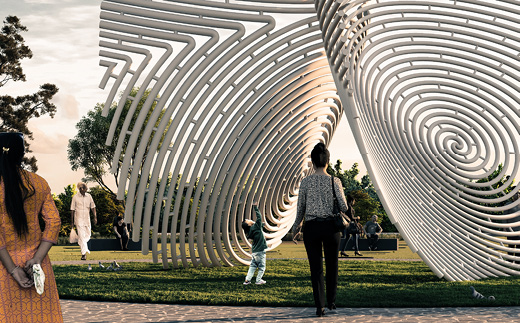 “Billion Impressions” by Ar Jayakanth JK and Namdev Talluru was adjudged the winning design of Notions of India and an international design competition created by Tata Steel. Tata Steel announced that the winning design will be erected and installed in the city of Ranchi.

India, a country of billion people and a land of countless cultures, is a mosaic of multicultural experiences. To inspire the Indian community with a singular idea, the architects began interpreting the notions that hold the country together.

In retrospection, timelines of the past were identified with the achievements and events. The design of the sculpture features two “impressions” balancing each other, this was created out of figurative attempts to represent the past “impressions” (left side) supporting the future “impressions” and endeavours (right side). The future is challenged by the youth with great spirits, the sculpture points out that it is important to be bound to our heritage and learn from the events of the past to create a resilient future. The future impressions are therefore supported by glorious impressions of the past and the right lessons from the past help us steer proudly towards a profound future.

The bilateral axis of the sculpture is oriented in an East-West direction irrespective of the city/site. The central void between the two captures the sun as it rises and sets, a re-adapted theory of the ancient Indian sun-dials like Jantar Mantar. It was the careful play between creating an Architecturally sound structure and a Design that is comprehensible to any civilian. The sculpture aids sustainability by taking a very minimal footprint and therefore reducing the need for extensive excavation. However, it creates interesting shadows and patterns on the landscape creating designs beyond its boundaries. With the larger-than-life-like scale, while adhering to the recommended dimensions, the sculpture stands tall at 11.5 meters (37.7 feet). The overall dimensions are 7.8 m X 7 m X 11.5 m.

The YST355 steel sections are used in ways to take full advantage of their tensile strength and are lightweight. The sculpture feels “zen” and light by creating a perfectly balanced figure-ground volume. Each circular section that denotes a ridge of a thumbprint is mutually supported by shifting radial tubes that are inconspicuous to the naked eye at a distance. A surreal effect is achieved through such details. The structure deals with appropriate levels of transparency that avoid averting the neighbourhood skyline and context. Thus, maximising the versatility of site integration and adaptability.

The sculpture balances structural load paths and assembly considerations with a rigorous exploration of patterning and layering. The final incarnation isolates and streamlines the design and construction process to tackle structure and the interstices between structural components simultaneously. “Billion impressions” combines a commitment to meaningful place-making

with a deeply experimental fabrication goal. Overall dimensions of the form are kept within the size specifications needed to qualify as an over size load for transport. So the piece can be driven as a singular object via a 14-wheeler truck over city streets to the site from the place of manufacture. Later it can be craned into place with less on-site work preventing construction pollution, debris and noise. The size of the foundation system and the intricacy of the sculpture itself can be optimised according to the budget. Choosing to work with other materials or steel types other than YST355 would make the project impractical or too expensive. The fabrication can be made possible with a simple anchor plate at the base and miter joints for junctions.

The sculpture aims to be timeless just like a fingerprint that once was a signature to its contemporary use in privacy technology. The ambitious structural endeavour never lost sight of the project’s greater goal as an iconic sculpture that brings people together. 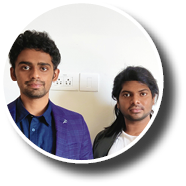 “We want to define “Billion Impressions” as a reminder of our nation’s glory and a resonance of the visions of a good future. Billion impressions is all about representation. It tries to acknowledge everyone equally. It breaks boundaries and differences. To simply put it, we want anyone, a commoner, to look at the sculpture and wonder if it is about them. It’s time to let go of the differences. We hope to convey the same message through the iconic symbol of India.” 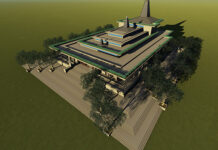 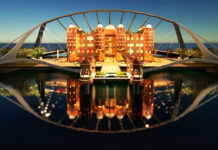 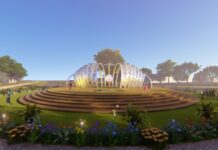 The Rise of the Golden Bird