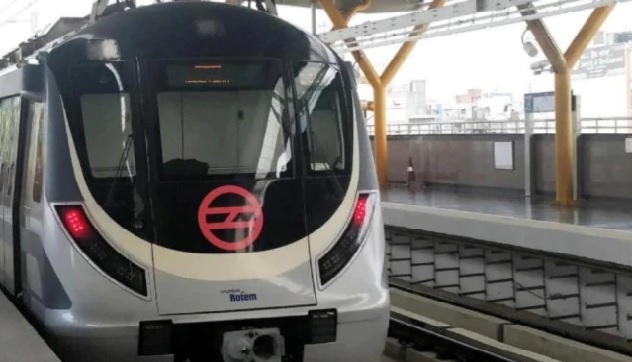 The Delhi Metro Rail Corporation (DMRC) has commenced preliminary work on the fifth Metro bridge over Yamuna river which is coming up on the Majlis Park-Maujpur Metro corridor. Moreover, it is going to be the first Delhi Metro bridge over the river to be constructed using the method of cantilever construction. The bridge will be 560 mtr long. At present, the work of casting of test piles is in progress.

At present, there are four Delhi Metro bridges on Yamuna river. On the Majlis Park-Maujpur Metro Corridor, the bridge will link Soorghat and Sonia Vihar Metro stations. During the monsoon season to use available time, a cofferdam away from the active course of Yamuna has been constructed. This has been done by raising the ground level by filling sand and earth from nearby area with protection of its slope through jute netting, sand bags and bamboo. To make sure the supply of requisite construction materials such as metal liner, ready mix concrete, steel reinforcement, among others, the cofferdam level has been kept the same as the level of the adjacent road. The bridge will come up between Wazirabad bridge and Signature bridge. The design of the bridge was finalised using the building information modeling (BIM) technology. The engineers of DMRC are utilising the BIM platform for finalising Delhi Metro’s Phase-4 designs. The river Yamuna is crossed by this bridge at about 213 mtr upstream of Signature bridge and 385 mtr downward of the old Wazirabad bridge. All mandatory approvals from the concerned agencies have been obtained for construction of the bridge. During the construction phase, DMRC will undertake some of the environment-friendly measures. These include all the activities of construction are being conducted with minimum effect on the flood plains; the flood plain restoration that may be impacted by the bridge alignment construction in the Yamuna flood plain/pillars; muck or debris that is generated would be scientifically disposed as well as no dumping will be permitted on the flood plains.

REC signs MoU with UP Govt for multiple projects