Home News Bullish on India, Posco may have another go at setting up greenfield...
Facebook
Twitter
WhatsApp
Linkedin 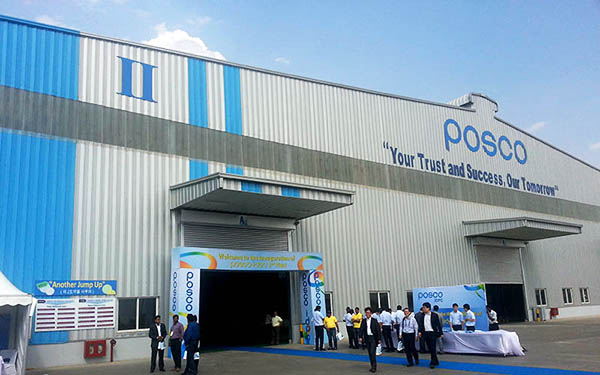 Five years after Posco scrapped a $12-billion project in Odisha over delays and local opposition, the South Korean steel major is taking a fresh look at setting up a greenfield plant in India.

At a meeting facilitated by the Ministry of Steel last month, it was agreed that a joint working group would be formed to implement a memorandum of understanding for investment on land owned by Rashtriya Ispat Nigam (RINL) at Vishakhapatnam. The working group will have representatives from Posco and RINL. Though exploratory talks with the public sector steel firm have been going on, these have picked up pace now. The working group will evaluate specifics like investment and raw material linkages after studying the market.

The pandemic and lockdown to contain it took a toll on steel demand, with user industries mostly shut during April and May. According to the World Steel Association, India is likely to face an 18 per cent decline in steel demand in 2020, but it may rebound 15 per cent in next year.

Sources in the know said it could be a five-million tonne plant, to be implemented in phases. “It is possible that a downstream unit focussed on value-added steel could be set up first,” they said. RINL has surplus land of around 3,000 acres.