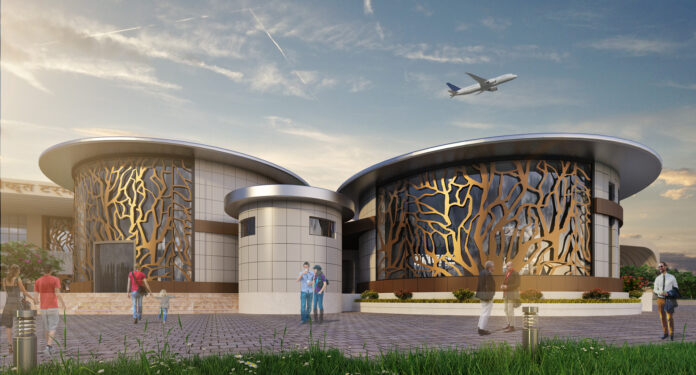 Airports have evolved to become the key factor in the production of local economic development. With more business taking place around these airports, a new urban form is fast emerging. Civil Aviation contributes to the prosperity and creates opportunities for employment, business, commerce, trade, and tourism. With rapid growth and ease in mobility, travel comfort and infrastructure are also expanding parallelly. Thus, coalescence of form and functionality through architectural interventions is the key to transit architecture.

Agartala in Tripura will soon get a New Integrated Terminal Building. The existing terminal building at the Bir Bikram Singh Airport was saturated, and there was no further scope for expansion, necessitating the Airports Authority of India (AAI) to construct a new integrated terminal building with an enhanced capacity and modern amenities.

The new modern Integrated Terminal Building at Agartala Airport is designed to keep local architecture, art, and heritage in mind. The design manifests the sweeping roof profile that envelops the entire terminal spanning across 30,000 Sqm and procures its form from the hilly terrain of the state of Tripura.

The intent was on creating an overall free-flowing terminal that is simple and easy to construct, while being a perfect mix of ecological infrastructure, art and building technology, and using advanced Intelligent Building Management Systems to optimize the consumption of energy.

The Agartala Airport derives its vocabulary from the local environment and cultural context. It is a notable example of simplicity in architecture. Bamboo is used as a widespread local material in the state for construction whereas tribal artwork and crafts promote cultural tourism. The usage of this art and craftwork is displayed all over the terminal as sculptures, jaali work, furniture, and murals. Inspired from extensive green forest covers, the bamboo plantations are combined with local tribal stone sculptures of the Unakoti hills, and the bamboo handicrafts made in Agartala.

Bamboo stem sculptures are also erected in the waiting area inside the terminal building thus enhancing the interior landscape. The design of the airport reflects the philosophy that terminals as gateways play a key role in welcoming the passenger and should therefore be treated as a living organism and not a mass of brick and concrete.

Jaalis are an eminent functional design feature, which can be seen in traditional households as well as in royal forts and palaces. It restricts excessive solar radiation and permits optimum daylight to increase internal efficiency. Along with their use, skylights have also been introduced in the design to maximise the natural daylight within the building.

Further, bamboo architecture is represented in the façade of the terminal building by way of a floral GRC Tree Jaali pattern depicting the forests and greens of the region, placed equidistant from each other. Depiction of local motifs in metal cladding helps in creating vibrancy, at the same time informing the users about the art of the state.

Keeping the fluidity of the façade, the plan has also been incorporated with landscape areas inside the building which provide relief space for the passengers. The free-flowing form has been further accentuated at arrival and departure areas, with courtyards on either end of the terminal, and green cover and open spaces allowing light to enter the terminal, lighting it from within with natural glare-free light. The design approach incorporates sustainability at its core with attention to reducing the role of artificial lighting systems and respecting the solar movement.

The whole design is progressing, remarking the Benchmark Terminals T -3 at Delhi for design, selection of construction materials and terminal T -2 at Mumbai for general aesthetics, interiors, media plan and artwork.

The proposed terminal building covers the ground floor with some upper areas, consisting of RCC and steel columns, beams, and metal deck slabs at the mezzanine level. The form of the terminal is made with the structural support of steel columns covered by metal cladding.

The cladding is supported by steel portal frames and steel purlins are used to derive the desired form and make the structural framework. These portal frame trusses will allow for column-free large span public spaces. The regular structural scheme and repetition of the basic structural module result in maximum resourcefulness and assist in limiting the overall depth of the structural envelope.

The local environment and cultural references as well as the vernacular architecture of the region are well depicted in a contemporary way to add grandeur to the architectural vocabulary of the airport. This project is perceived as a fusion of modern architecture with local art.

“Transportation terminals are anything but stationary. In their dynamic nature lies our complex challenge to see, understand, and manage flow” 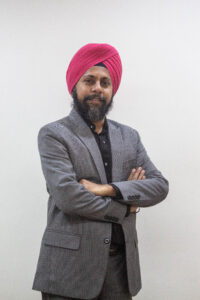