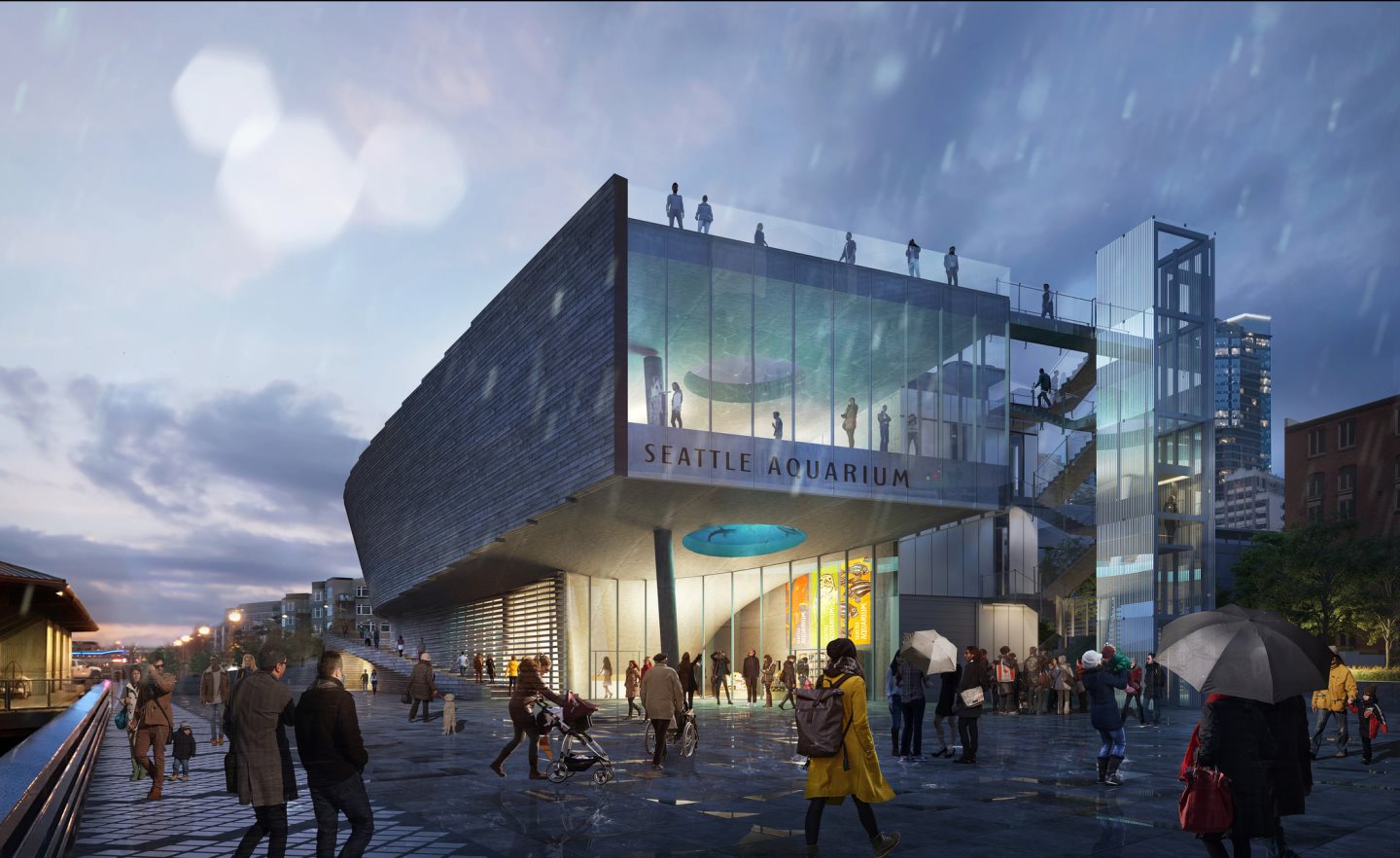 Design practice LMN Architects have unveiled new details of the design for the Seattle Aquarium Ocean Pavilion. The $113 million project will include the 50,000-square-foot Pavilion sited adjacent to the existing Seattle Aquarium. The pavilion will link together the new Seattle Waterfront, downtown and the historic Pike Place Market.

As LMN explains, the new Ocean Pavilion will integrate a complex building program into Seattle’s urban context. Guided by Seattle Aquarium’s mission to inspire conservation of the marine environment, the new facility focuses on global stories like climate change and ocean acidification. Exhibits rooted in the ecosystem of the Coral Triangle and Indo-Pacific region highlight the interconnectivity of the ocean with local waters, inspiring visitors to connect the welfare of the Puget Sound to the greater Pacific Ocean.

Dedicated primarily to sharks and stingray, the pavilion will include a 325,000-gallon warm-water tank for a range of species. Adjacent to the large tank will be a flexible space capable of hosting events for up to 200 people. The program also includes gathering spaces for smaller groups participating in hands-on education activities and guided interpretation. Seattle Aquarium president and chief executive officer Bob Davidson said that, “The Ocean Pavilion will be at the crossroads of the city. It’s a gift, and it’s also a statement of the importance of Seattle’s relationship to the water and the ocean.”

The design also includes an oculus the “Sharkulus”offering views into the main exhibit from both the plaza level and rooftop terrace. Exhibits within the Pavilion are composed of four primary experiential zones. Circulation pathways through the Pavilion’s levels will offer both above and below-water views of exhibits, as well as views to the Aquarium Plaza and waterfront.

The Seattle Aquarium Ocean Pavilion is scheduled for completion in 2023. 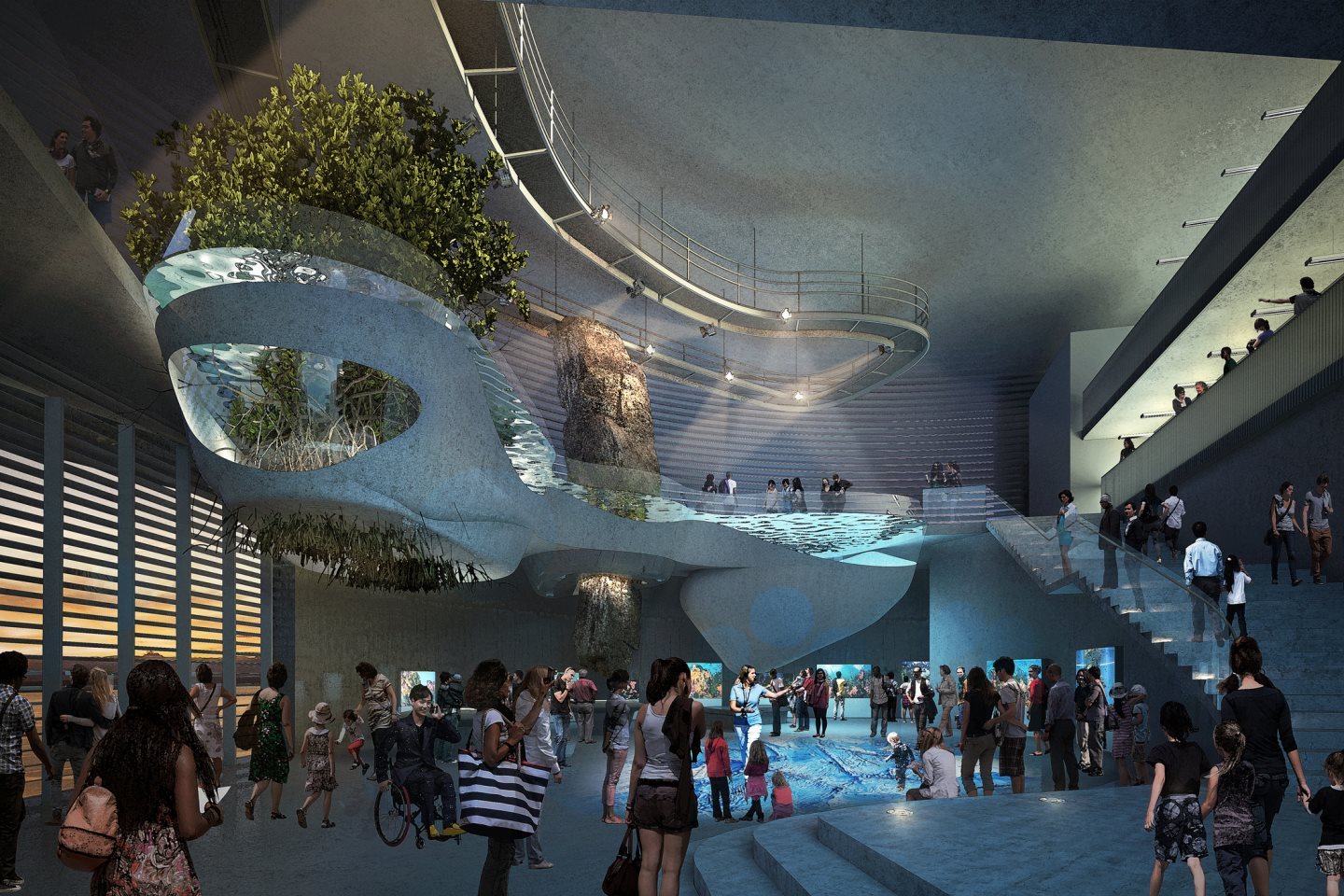