To commemorate his contributions to the society a circular memorial with a statue of Bharat-Ratna Maharshi Dhondo Keshav Karve was installed in the year 1980 on a three-way intersection of Karve Road in Kothrud area of Pune. This installation also doubled up as traffic island for the junction. Over the past few years the three-way intersection grew into a very dense node of the city because of rapid urbanization and surge in the number of vehicles, inadvertently causing heavy traffic snarls around it.

This situation was aggravated with the gradual encroachment of illegal hawkers and fast-food stalls flanking around the circular memorial making the place dirty and polluting its sanctity. MKSSS and the Pune Municipal Corporation were concerned about the alarming situation and equally determined to resolve the plight. Under the able guidance of Dr. Anurag Kashyap, the Principal of MKSSS’s Dr. Bhanuben Nanavati College of Architecture (BNCA), a collaboration was materialized between The Department of Digital Architecture at BNCA and Studio_DRA[AFT] and a design brief of “Re-invigoration of a Compact Urban Dense Node” was formulated to propose a novel design solution to re-vitalize the Bharat-Ratna Maharshi Dhondo Keshav Karve Memorial to not only transform its immediate environment but also re-engage the citizens into a virtuous socio-cultural experience.

Ideation
Maharshi Karve was a great social reformer and a visionary. He always questioned and acted upon the conventional and rudimentary traditions which were followed blindly by masses. He thought beyond the conventional and took great efforts to materialise his unique ideas.
With such a background of his personality, if we take a cross section of canopies and installations that adorn his statue, it could be observed that these are mere replicas of “Chattris” which are traditionally used to a large extent and reflect the design philosophies of bygone eras. Such designs visually lack the basic approach of questioning the conventional and thinking beyond the boundaries. Considering these as core observations, We, the team of professors and students at the Department of Digital Architecture BNCA Pune and Studio_DRA[AFT], conceived the persona of Maharshi Karve as the one who struggled, gave, developed, nurtured and radicalised his contemporary society. These keywords helped us manifest Anna Karve as a “Giving Tree” whose different parts symbolises his life and how it has changed and benefitted the lives of people who are associated with him.

The Roots of this “Giving Tree” relates to MaharshiKarve’s strong and radical ideas, the stem symbolises Anna Karve himself. He and his ideas lead to the incubation of several initiatives that benefitted the society at large, which are envisaged as the Branches of the “Giving Tree”. These initiatives resulted into the blossoming of several Institutes which work on the philosophies he set, thus, aptly are considered as the sub-branches. These institutes today are world-renowned and have created individuals who take pride to be associated with their beloved Anna Karve. They are the beneficiaries of the effort of the great man himself and are seen in the form of leaves and fruits of the “Giving Tree”, thus, manifesting the completion of the entire cycle of growth that was initiated by Maharshi Karve.

Using Steel
The ‘Renovation of the Bharat-Ratna Maharshi Anna Karve Memorial’ Project was primarily an effort towards regenerating a compact urban dense node of Pune city. The site is at a cross-junction of three major roads of the city and was heavily dominated by hawkers and vehicular traffic. Hence one of the major challenges was negotiating space for construction of the structure.

This resulted in conceiving the design as a prefabricated entity which could be processed and assembled off-site and could be installed quickly and easily on site. Hence, Steel seemed to be an obvious choice which would not only make the structure light in weight but also provide strength and durability to perform against the plethora of forces that would act on it within the context. 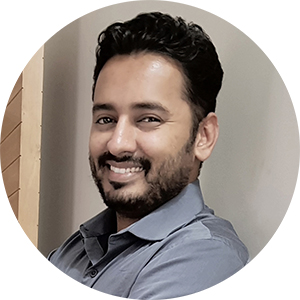 It’s an exceptional challenge to design a unique structure and materialize it using the most cutting-edge technologies available today within the domain of design and fabrication. Our practice is happy to be a part of the young brigade of Indian Architects who don’t shy away from experimenting with the design briefs and question the conventional approaches. This project has amplified our design sensibilities and induced a confidence to experiment, explore and innovate further in the realm of architecture, engineering and construction to provide novel solutions at various scales. We are more ready to accept new challenges and are equipped with the most state-of-art skillsets required to solve them successfully.
Swapnil Sanjay Gawande
Computational Design Expert & Architect, Studio_DRA[AFT]

Architectural Features
This “Giving Tree” was abstracted into a parametrically generated canopy that would adorn and accentuate the statue of Maharshi Karve from all the three roads at the cross-section of which it is now situated. The parametrically generated canopy is an output of rigorous computational experimentations done within the domain of Digital Architecture which is an avant-garde movement in current world trends of Architecture. Hence, this design completely manifests the futuristic ideologies and vision set by Maharshi Karve.

The canopy majorly consists of parametrically derived hexagonal pyramids with lights recessed at the tip of each. This will il­luminate the canopy and create a unique environment at dawn and night. The unique structure and design exudes an ambience that is un-matched in any urban setting within Pune city. It has now become an urban attraction and helps re-synergize its immediate surroundings by booming the economy of the zone. Being an iconic structure of a Bharat-Ratna itself, it is also helping in re-defining and accentuating the identity of contemporary Pune city.

Geometrics
The entire canopy is an anticlastic shell structure that is composed of discreet hexagonal pyramids which are made up of 900 variable triangulated MS plates. 3600 disparate joinery modules hold together this entire complex assembly. The canopy starts at a base diameter of 1.5 metres till it blooms into the upper diameter of 5 metres. The entire structure stands tall at 8 metres from the ground level.

Software used
Although I am of the opinion that softwares doesn’t really help to “design” spaces, as the process of designing relies a lot on intuitional and intangible parameters, but they certainly aid in speedy visualization, minute detailing and swift materialization of the project.

Learnings
The project turned out to be an interesting and successful collaboration between Academia, Industry, Government Agencies and various citizen groups. It gives us as sense of pride as India has handful examples of path-breaking and innovative design solutions and projects like these, however small they may be, add up to that list. We are very happy to be a part of this project which will stand the test of times successfully for several years to come.