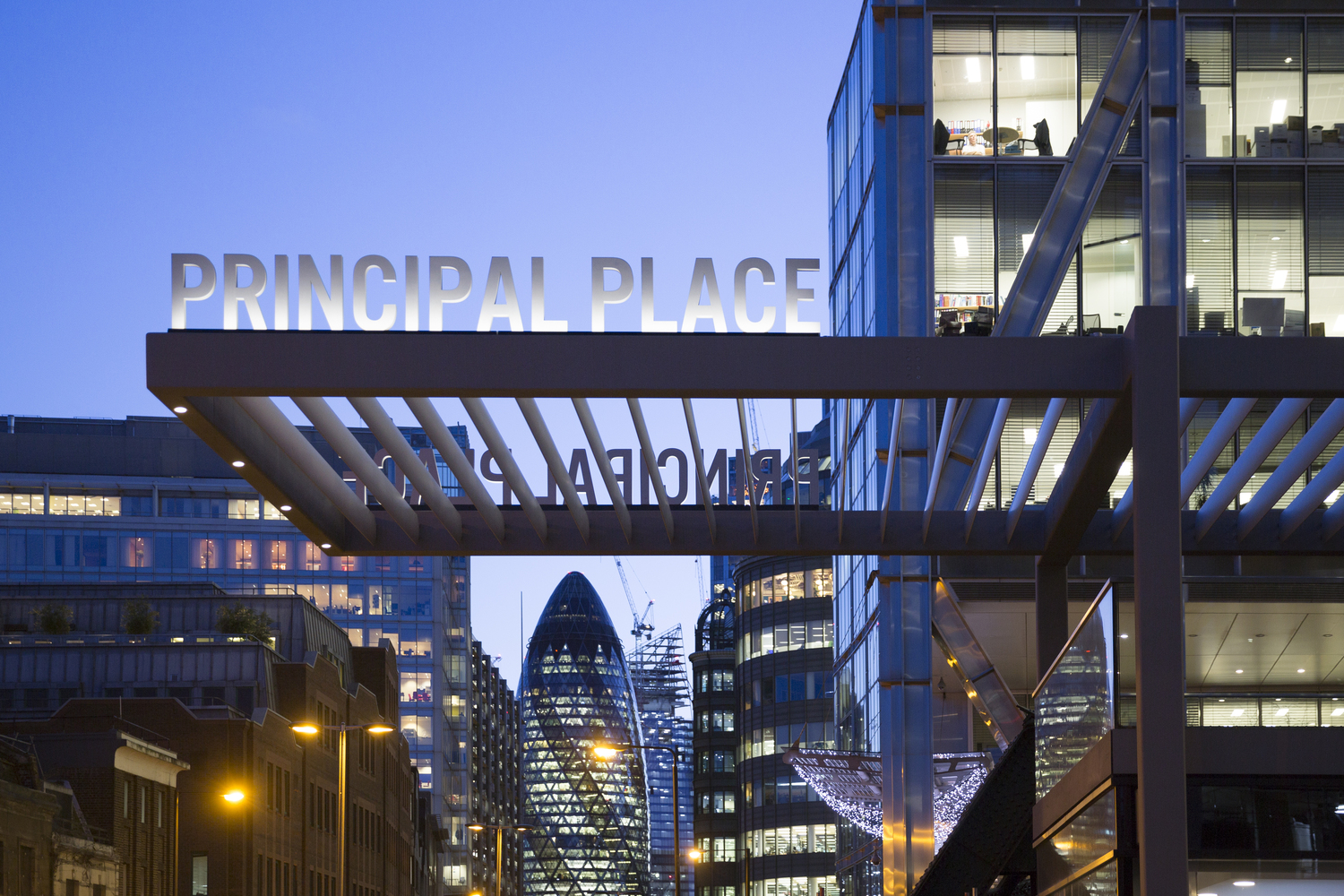 Principal Tower a comprehensively planned mixed-use scheme on the border of Shore ditch in the City of London. It comprises a 15-storey office building that hosts the London headquarters for Amazon, alongside one of London’s tallest residential buildings, the 50-storey Principal Tower, with six eateries that wrap around the building at street level and a light bar, creating a 360-degree active frontage that extends the vibrancy of the city towards the north. The relationship between the creative, formerly industrial east end and London’s financial center is expressed in the tower’s massing, which appears as three slim volumes.

The tower addresses the residential neighborhood of Shoreditch, it appears lower from ground level, while from the west it reflects the high-rise nature of the City. A central volume rises between the two to provide an elegant marker on the skyline. The approach was instead to create a maze of load paths, using transfer structures from level 7 of the tower down to direct loads away from the rail corridor and toward the heavy substructures.

The combined solution uses a stack of reinforced concrete walls gradually transferring loads through multiple storeys called “walking walls”. It also uses inclined concrete-encased steel columns, steel Y-frames, and 50 tonne steel girders spanning the width of the rail corridor. The out of balance lateral forces resulting from the various transfer structures are resisted by the reinforced concrete core, which is located to one side of the 8-track corridor, through flat steel plates embedded in the post-tensioned slab. This unique combination of structural solutions is what makes Principal Tower such a prime example of precision engineering.