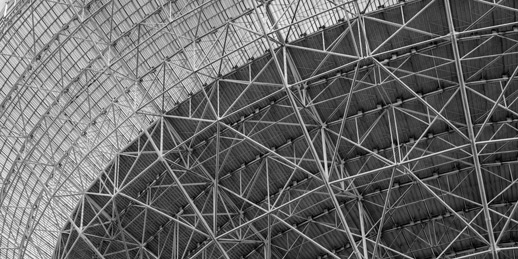 The global structural steel market size is expected to grow at a CAGR of 5.6% to reach USD 155 billion by 2027. Also known as readymade steel, the structural steel tube falls under the category of construction steel material, being produced with a particular shape and strength. It is widely used in construction of high-rise buildings, airports and bridges, among others. In India, the housing construction sector which has witnessed the growth in construction of high-rise buildings of ground-plus-twenty (G+20) floors at various residential hotspots has already fuelled massive demand for structural steel. In 2019 itself the demand for structural steel peeked to a new high with the launch of mega residential projects across the country. Out of the 1,816 projects launched during the year across seven major cities, more than 52% were of G+20 floors or more.

India’s infrastructure growth story has also paved the way for the growth in the demand of structural steel tubes. The government aims to unveil a series of infrastructure development projects worth USD 1.3 trillion over the next five years to make India USD 5 trillion economy by 2025. For this purpose, already a taskforce has been setup to create a national infrastructure pipeline for each of the intervening years. Warehousing development is also propelling the demand for structural steel tubes. According to the projections of property consultancy firm JLL India, there will be 344 million sq. ft of warehousing space in India by 2022 backed by the demand coming from sectors such engineering, ancillaries, e-commerce, retail, FMCG, auto, telecom as well as 3PL/logistics and white goods companies.

The fast-track construction of airports across the country is also driving the demand of structural steel tubes. The Indian government is moving ahead with its focused approach to strengthen its airport infrastructure as part of a plan to boost Asia’s third-largest economy. It aims to kick-start 100 additional airports by 2024. The Airports Authority of India (AAI) has already chalked out a plan to invest about Rs 19,000 crore to upgrade airport infrastructure, especially in smaller cities, over the next three years. Such a massive infrastructure development will further boost demand for structural steel tubes.