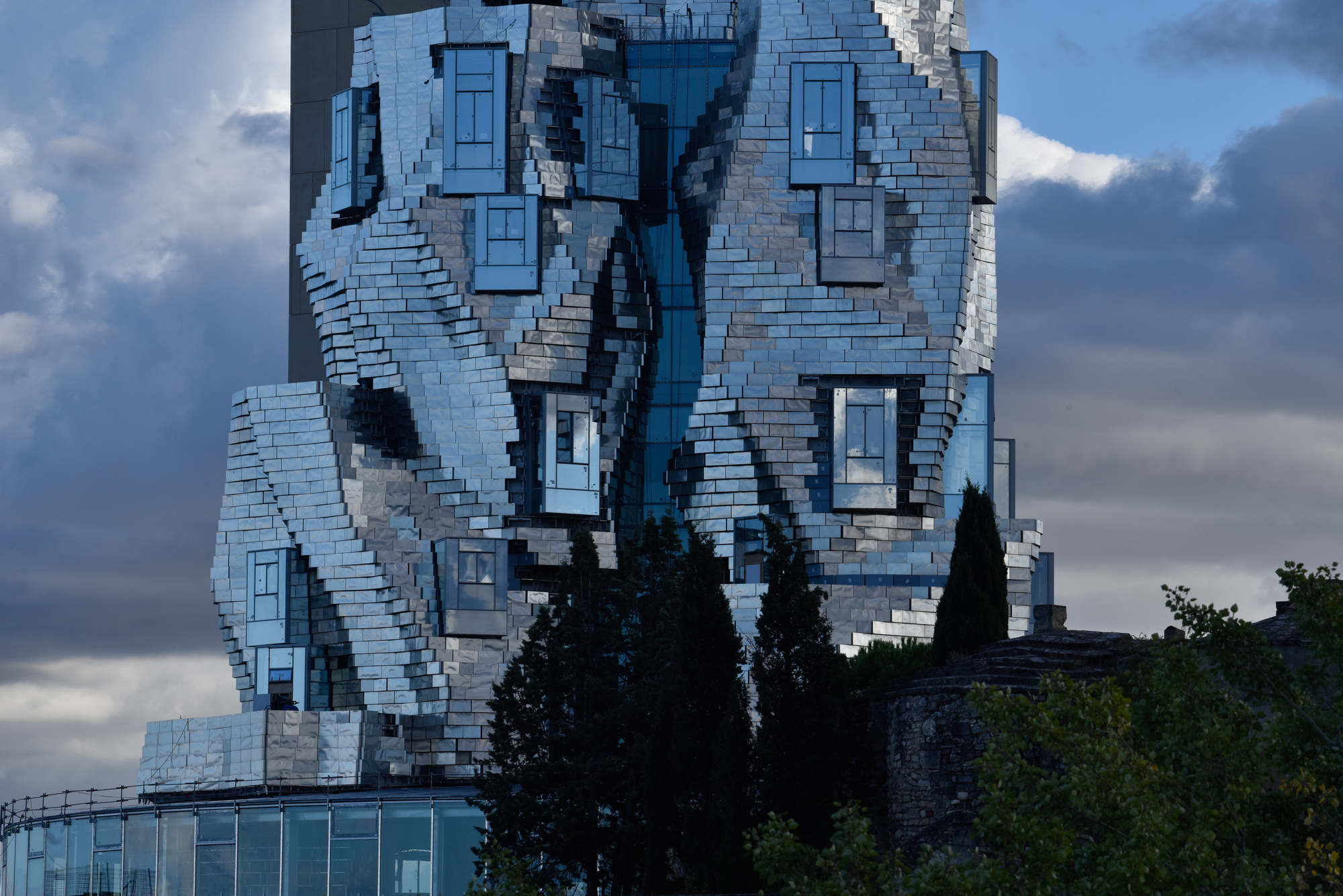 A twisting tower clad designed by architect Frank Gehry, is taking form in the south of France. Constructed from a concrete core and steel frame, the scheme emerges from a circular glass atrium echoing the town’s Roman amphitheater.

The distinctive jagged form above the atrium echoes the region’s rugged mountain ranges, with glass boxes extruding from reflective aluminum panels. Due to be 56 meters high when complete, the tower is formed of a concrete core with a steel frame. Glass boxes and shining aluminum panels are stacked around this in an irregular formation above a circular glass atrium.

Gehry’s design for the facade is supposed to echo the craggy rock formations found near the city, the same kind that inspired sometime-resident Vincent van Gogh to paint them in 1888.

Inside, a vast circular atrium will recall the Roman amphitheater in Arles, part of the city’s designated UNESCO World Heritage site. Led by swiss collector Maja Hoffmann, LUMA Arles occupies a former rail depot with a campus designed to showcase some of the art world’s biggest names.

The Frank Gehry-designed tower will house a variety of different programs, including research facilities, workshop and seminar rooms, and artist studios. The entire site will be set within a public park. The tower’s opening date has been pushed back to spring 2020, but new photos show the irregular form of the metallic tower taking shape above the city of Arles.