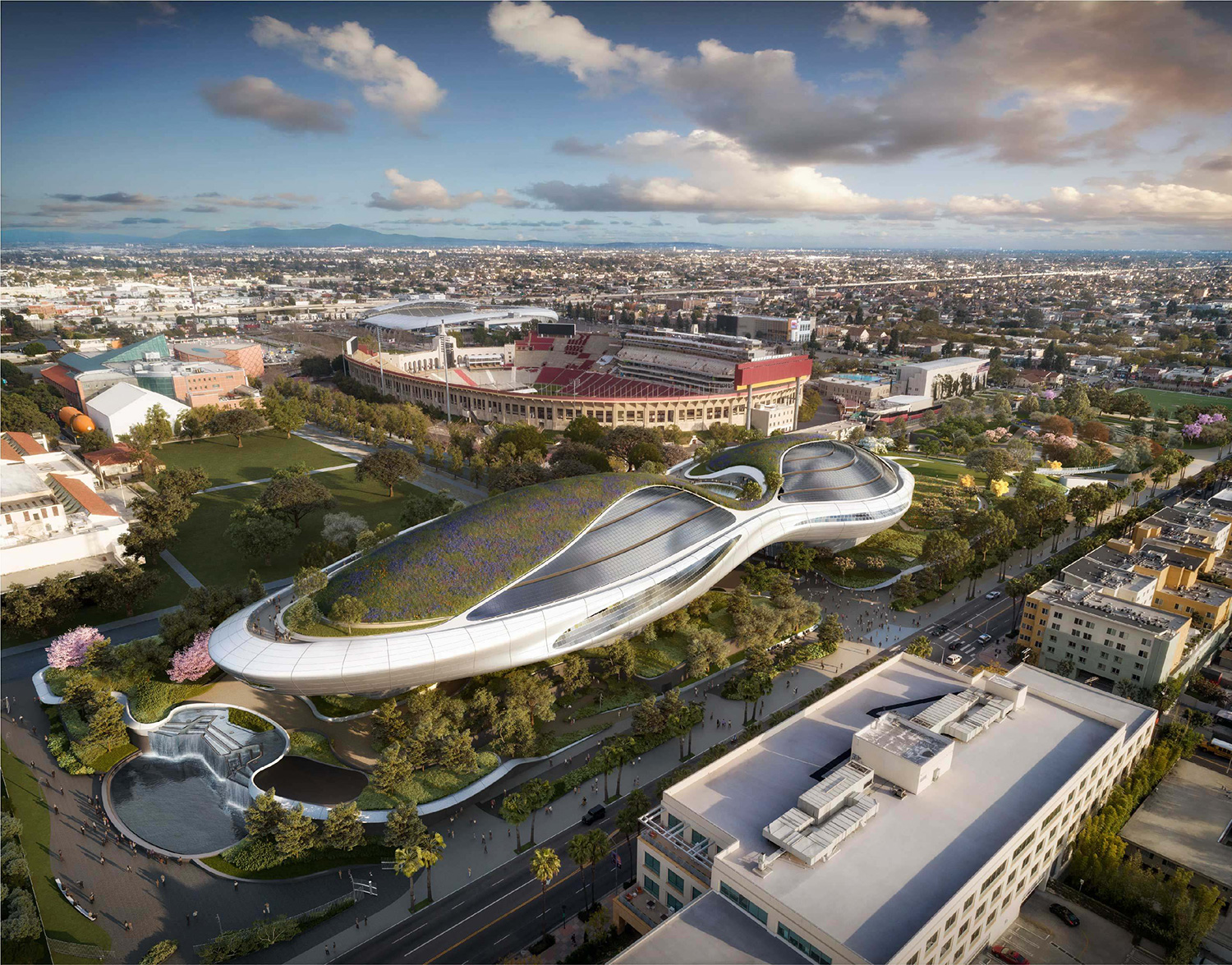 The steel frame of the Lucas Museum of Narrative Art is beginning to take shape in Los Angeles. Designed by MAD Architects, the project takes its name from Star Wars creator George Lucas and will stand at the gateway to the city’s Exposition Park. The landmark project will be MAD’s first museum built in the United States. Four cranes are on site as the building’s steel framework begins to rise above ground. Envisioned like a cloud or spaceship floating over the city, the project creates a canopy that shades the park below, exploring the relationship between nature and the built urban environment. The museum is comprised of gallery spaces, cinema theaters, a library, café and restaurants, along with an expansive landscaped rooftop that brings the greenery from the surrounding park up over the architecture.

MAD originally provided three unique designs for the museum scheme, each responding to three proposed site locations. Having originally unveiled a MAD-designed scheme in Chicago in 2014, Lucas abandoned the plans following concerns over the placement of a private museum on a public lakefront. In 2016, MAD unveiled two similar proposals, one in Los Angeles and one in San Francisco, with the Los Angeles scheme ultimately gaining approval in 2017. The five-story museum will house an expansive collection of narrative art, comprising more than 10,000 pieces that include comics, illustrations, paintings, photographs, moving images, sculptures, and other works of art and memorabilia linked to movies. The Lucas Museum broke ground in March 2018, and completion is scheduled for 2021.