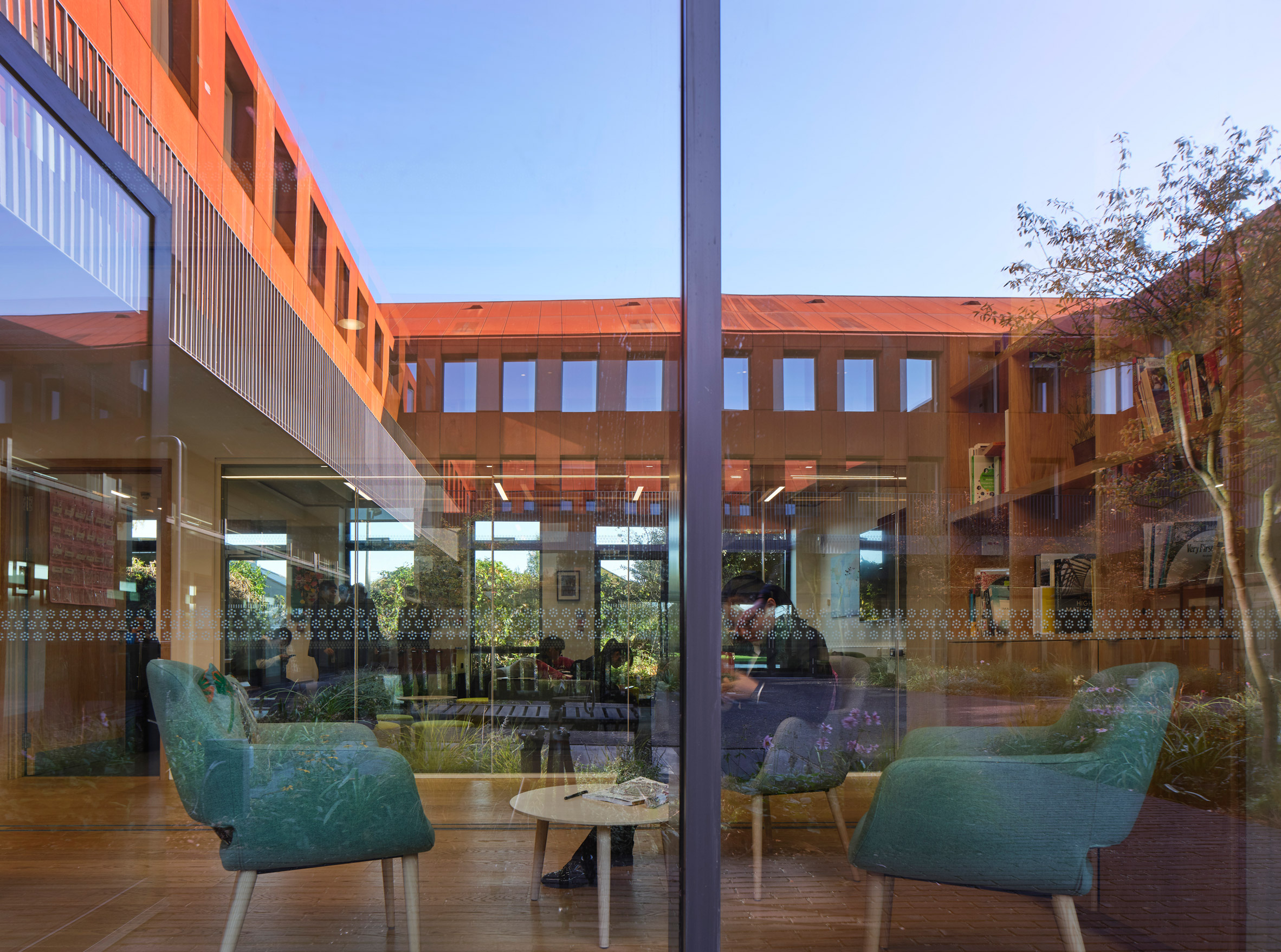 Architecture firm Walters & Cohen uses weathered steel and concrete for King’s International College in Canterbury, Kent, to reference the site’s industrial heritage. The new college building for King’s School provides teaching areas and accommodation for students aged 11-16 who are entering the English school system from abroad. While the school’s main campus occupies the Canterbury Cathedral precinct, the new college occupies an ex-industrial site at the edge of the city centre. It’s the focus of a wider masterplan drawn up for the school by Walters & Cohen in 2016. King’s International College’s robust concrete base and orange steel cladding of the college were designed to echo an adjacent 19th century malt house building.

Nicholas Hare Architects recently converted this structure into a theatre. It was crucial that the new building complemented the site’s industrial heritage as well as the existing buildings surrounding it. This was achieved with a striking mix of weathered steel, concrete and glass. King’s International College faces out onto a newly created civic square. A run of tall, thin windows in its concrete base forms a colonnade-style facade. A large opening in this concrete facade leads into the college, the square plan of which is organised around a central private courtyard. This courtyard is wrapped by a glazed, cloister-like corridor that provides circulation around the school. It doubles as a bright, communal meeting space, with semi-private areas that can be isolated using sliding doors. The area masterplan also includes a new sports court and changing facilities located to the north of the college, to be used by both the local community and students.