New Delhi is a complex grid of urbanism, and requires a revolutionary approach that holds potential applications catering to the huge urban density of the city ITO – Skywalk project in New Delhi is designed with the aim of touching lines of the complex grid of urbanism. Applying lateral thinking and expertise, ITO skywalk manifests itself as a tool to address the issues of identity in urban infrastructure and mobility of New Delhi.

Initial Idea
The proposal of a newly minted ITO Skywalk, a foot over-bridge in New Delhi aimed at connecting Sikandra Road, Mathura Road, Tilak Marg, Bahadur Shah Zafar Marg and Pragati Maidan, ITO Metro stations and Supreme Court through a skywalk that will cater to the traffic problems of the ITO and W point junctions, one of the busiest mobile cross junctions of the city.

Being Delhi’s longest skywalk, this integrates numerous nodes in one of the busiest stretches of the metropolis that sees office goers commute to various corporate and government buildings in the vicinity or precisely more than 30,000 pedestrians daily in the absence of free-flowing pedestrian walkways . The project defies the solidity of the surroundings and is conceived as a serpentine tube, coiling around major intersections. The program called for a unified response to the area’s burgeoning commuter concerns, especially at the ITO Crossing and the ‘W’ Point Junction, which sees maximum pedestrian traffic throughout the day. The idea of a mounted element acquiring least space on the ground level was conceived as solution to the haphazard movement of the people using the railway tracks to cross Bahadur Shah Zafar Marg. The skywalk ideation not just fulfils its utilitarian purpose of serving as a medium of mobility, but also to establish itself as a landmark within the city. 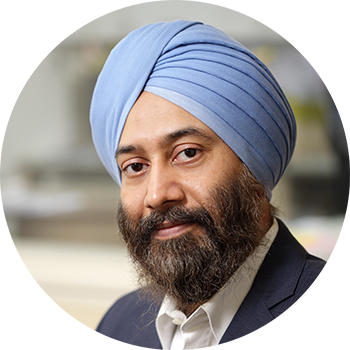 The year 2018 marked our perpetual presence in the transformation of India’s constantly growing infrastructural sector. We had completed 23 years in the industry when ITO skywalk was inaugurated in the same year, with some of our other key infrastructural and master-planning projects across the nation like Delhi High Court and Dakshineshwar skywalk in Kolkata. ITO skywalk came as a precious opportunity for DFI and provided a momentum to our constant efforts of Nation building. Skywalk for us was more than a solution to Delhi’s traffic-clogged roads. We wanted skywalk to be comprehended like an artistic flash derived from the doodles of a child prodigy which we achieved through the series of circumvented tensile fabric roofing and steel structure. The sky bridge acquires more beauty during the night hours, like a blade of light running as a walking utopia – with no cars, no busses and no stress.
Goonmeet Singh Chauhan, Partner, Design Forum International

Design Specification/Intent
Running as a steel flash, the design paradigm of ITO-skywalk network has transformed the dramatic traffic experience into an altruistic and artistic car free walking affair for pedestrians accompanied with a strong structure. The skywalk was imagined as an industrial sculpture that would be able to push forward the future vision of transportation in Delhi.

Steel the Solution
Construction is one of the topmost steel-using industries, accounting for more than 50 per cent of the world steel production. Steel is a solution to infrastructure for cities like Delhi for its properties of enabling protective wind-resistant designs. Steel is the new vernacular and affordable, readily available and safer. On the other hand, its intrinsic properties, such as strength, versatility, durability and 100 percent recyclability allows for improved environmental performance across the entire life cycle of structures.

Architectural Features
ITO Skywalk’s reticulated profile boasts of state-of-the-art facilities; its instantly recognizable silhouette features structural, crisscross boot lace trusses that are covered with tensile fabrics. The structure incorporates steel members, with all junctions (except Supreme Court and Railway Colony Junction) being constructed in RCC and clad in red Agra stone in adherence to the context.

The Supreme Court and Railway Colony junctions are conceived in the form of octagonal units with steel crowns, featuring red granite finished flooring and S.S. glass railings. The tensile fabric roofing is an ingenious intervention, fulfilling both functional and aesthetic requirements. Concepts unique to the design are glass lifts at every junction displaying sensitivity to the needs of women and differently abled; as well as public Wi-Fi and surveillance systems for additional safety.

Emphasis has been laid on the tensile fabric roofing and steel structure, highlighting their form through strategic installation of lighting fixtures, while making them vandal-proof. The under deck has also been lit-up with LEDs that provide a sense of height for the stream of vehicles passing below. Landscape and lighting have been thoughtfully integrated with the design, as patches of green coalesce with a combination of functional and facade lighting, rendering the over-bridge to be aesthetically appealing, yet economical.

Learnings
The ITO Skywalk has been an endeavor to impinge positively upon the existing character of the neighborhood that it serves, aiding hundreds of thousands of citizens daily. By creating a physical configuration towards the mobility infrastructural network to providing commuters with a connectivity of a sustainable alternative network, a better reach is enabled amongst the cross junctions in the busy ITO neighborhood of the dense metropolis city of New Delhi.

Solutions such as the Skywalk not just modes of commutes, or to generate ephemeral experiences through spaces, but more so as contributions to the architecture, public infrastructure and the urban context in which they thrive.