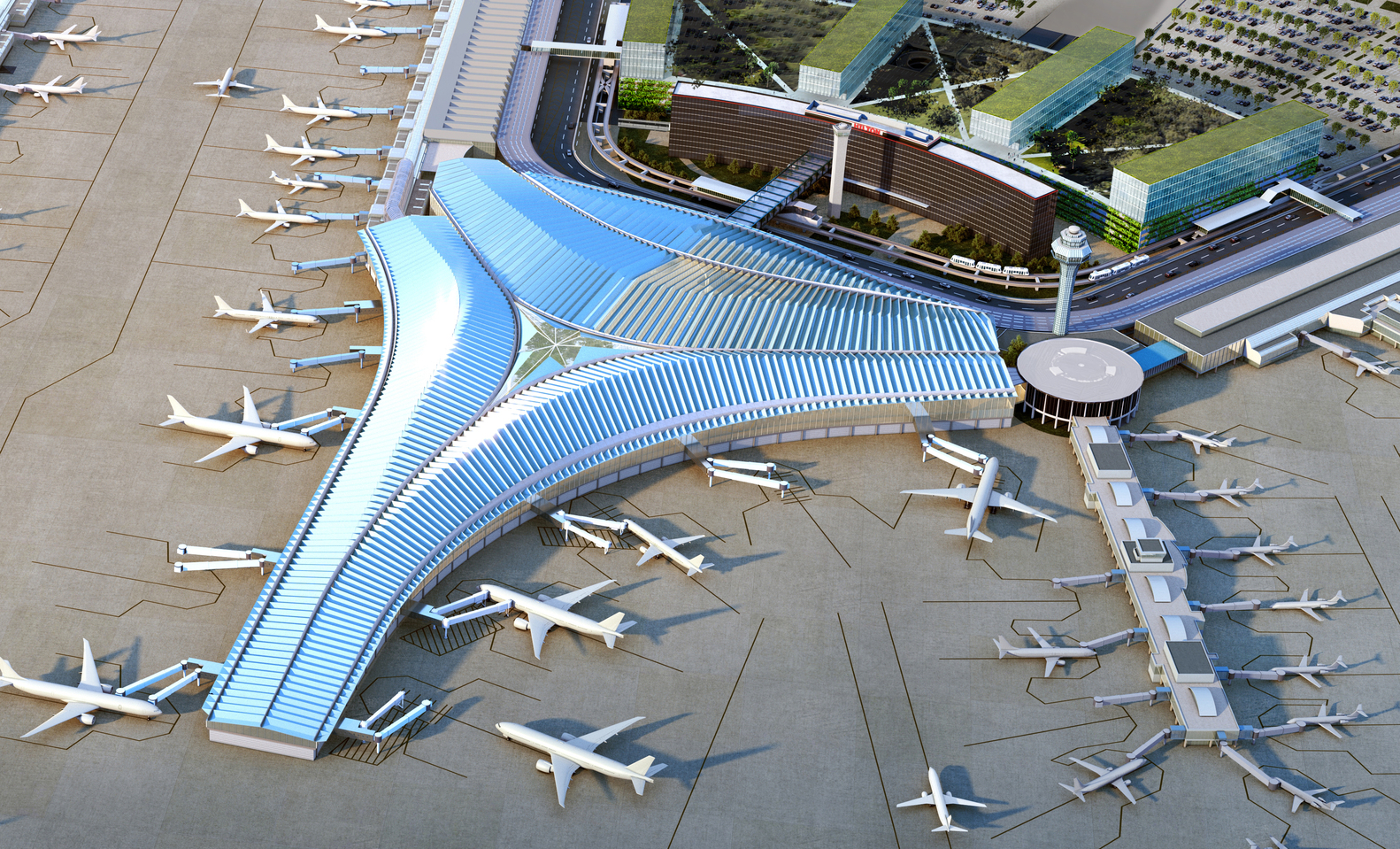 Studio Gang has been selected to lead the $8.5 billon O’Hare 21 International Airport expansion in Chicago. Chosen from a list of firms including BIG, Calatrava and SOM, the Studio Gang team is part of the Studio ORD partnership. They won the project for the Global Terminal and Concourse with three volumes converging in a central hub. Designed to celebrate Chicago’s history as a city shaped by lines of movement, the project represents O’Hare’s first major overhaul in 25 years. Studio ORD’s winning proposal was made to establish a vibrant new neighborhood in the heart of O’Hare’s campus. The tripartite design merges terminal and concourse into a single building. At the branches’ confluence, an Oculus welcomes visitors under a six-pointed glass skylight. Beneath the Oculus, a Central Green was created with planters, trees and street furniture.

Surrounding the Oculus is a rhythmic, pleated roof of long-span steel trusses. the pleats are spaced and oriented to maximize natural daylight and energy efficiency. When seen from above, the building’s form takes on a distinctly Chicago icon: the city’s “Y symbol,” or Municipal Device, that represents the branching Chicago River. as a flexible space for diverse programming. “City of Chicago called upon teams from across the city and around the world to lead O’Hare’s historic expansion, and Studio ORD answered that call,” said Mayor Emanuel. “During this historic competition, the world’s best architecture firms submitted their incredible visions for the world to see with each of these five world-class designs strengthening our plans to bring O’Hare into the 21st century.

A diagonal grid, or “diagrid,” of intersecting steel would form a monumental exterior that greets departing travelers with three grand arches, then morphs into a single arch a jaw-dropping 530 feet wide facing the airfield. The multi-phase O’Hare 21 project aims to break ground in 2023 with completion scheduled by 2026. 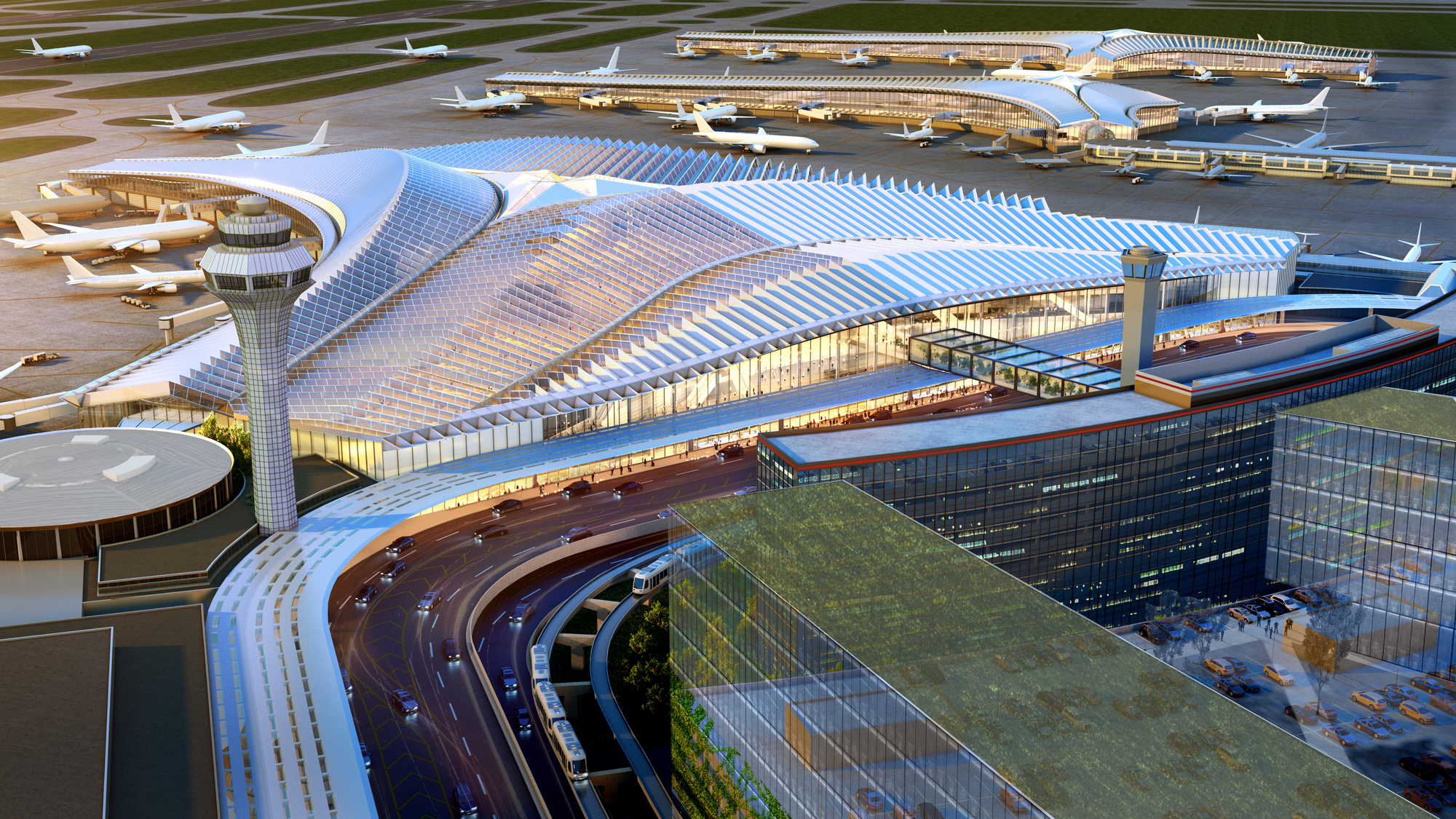