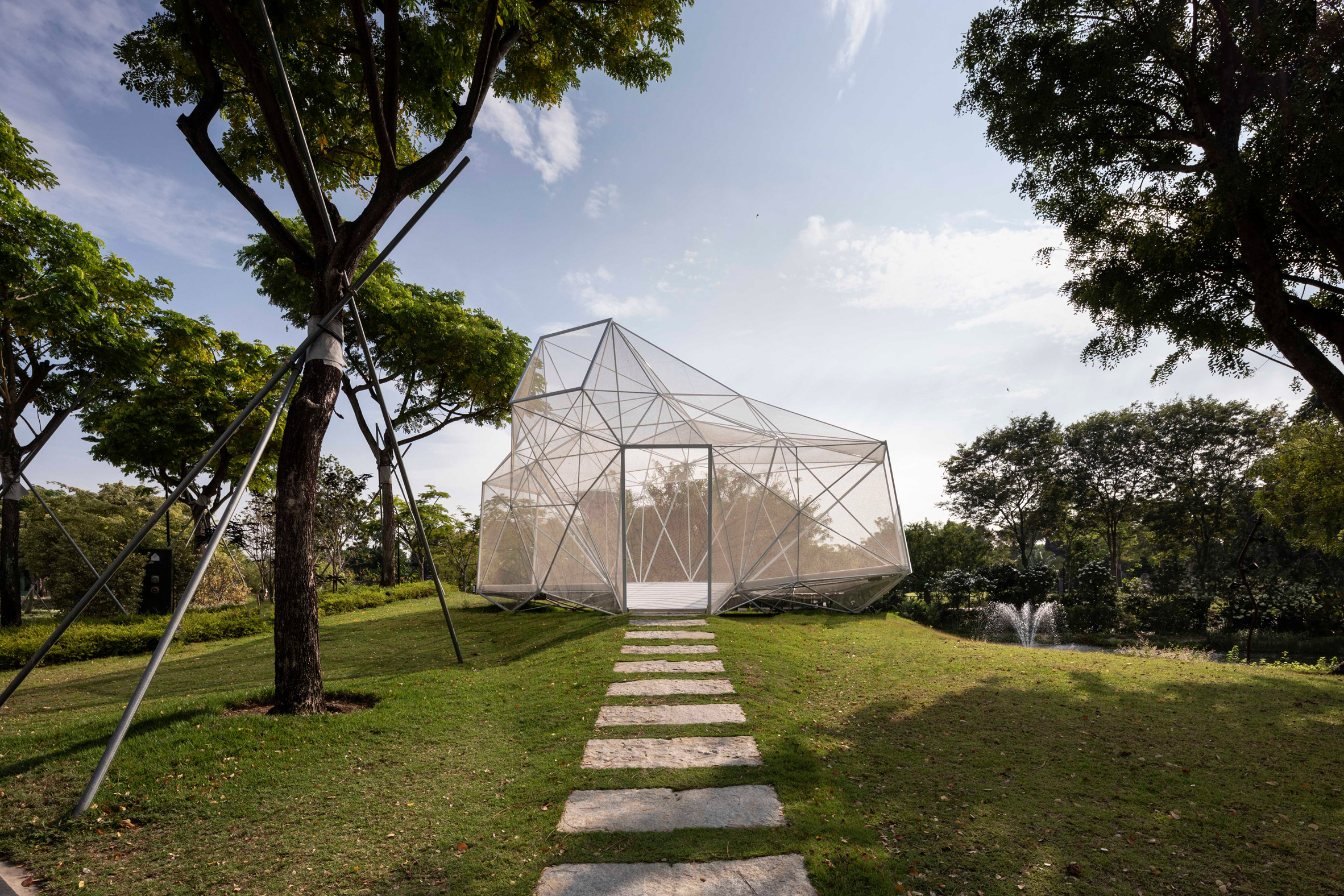 AIRLAB has completed an angular, mesh-covered pavilion at Singapore’s Gardens by the Bay, which has a structure made with 3D-printed stainless-steel nodes. Built using more than 200 rods connected by 54 3D-printed steel nodes the temporary pavilion was created by the Architectural Intelligence Research Lab (AIRLAB), based at the Singapore University of Technology and Design. Called AIRMESH, it is the product of five years of researching and was assembled in two days using only hex keys.

Designed to remain on its site for three years, the pavilion has been oriented to frame four key views for visitors to the Grant Associates and Wilkinson Eyre Architects-designed park: the nearby Dragonfly River, the SG50 Dome, the garden’s entrance path and the rooftop of the Moshe Safdie-designed Marina Bay Sands Hotel. Drawings its shape from what AIRLAB describes as a “three-dimensional complex neural network, the pavilion’s tetrahedral design means it can withstand loads of 16 times its 700-kilogram weight despite its delicate appearance.

As 3D printing technologies are maturing to match the mechanical, scale and speed requirements of construction, systematic research regarding applications and technologies becomes essential. A new kind of intricate aesthetics is obtained from using a tetrahedral typology in the structure that spreads the heavy loads into extremely slender elements. Two layers of plastic mesh cover the pavilion’s exteriors, shading the metal walkway inside while also allowing purple LED lights filled to either side of this path to illuminate the structure like a lantern at night. It unlocks immense possibilities for future architectural designs like transportation hubs, large span roofs and even skyscrapers.