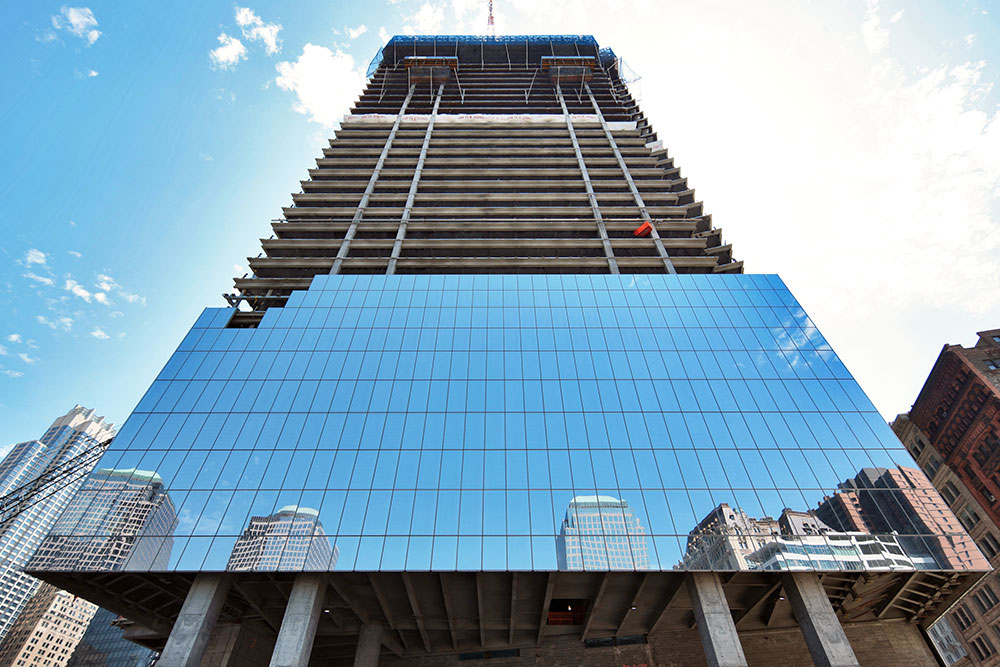 Intended to
The goal of the 72-story, 2.3 million-square-foot tower’s design was two-fold: to construct a powerful and efficient structure that would emanate a quietly dignified presence, and to enrich and enliven the surrounding urban environment.

4WTC meets these demands through significant yet restrained structural innovation, recognized by the 2017 AISC IDEAS2 Presidential Award of Excellence in Engineering.

Structural Specification
A typical office building of this size and shape would contain 7 to 10 perimeter columns on each side, spaced at roughly 20- to 30-foot intervals. 4WTC, on the other hand, has only four. The columns are grouped in pairs with an 80-foot clear span between them and 20 to 45-foot cantilevers at each end, providing dramatic column-free corners.

Beneath 4WTC lies a precarious maze of subway lines, commuter circulation, and mechanical spaces. The below grade complexity affected the retail column placements. A massive split V column supports the retail entrance, with additional steel structure built around the elevator and escalators, acting together to meet demanding load path requirements.

Structural steel was key in overcoming the unique challenges faced during the design of 4 WTC. LERA worked closely with the design architect, Maki & Associates, to come up with innovative structural solutions to speed construction, decrease construction costs, and create the desired open spaces for the offices. The limited number of perimeter columns created expansive city views through four 80-ft-long clear spans, six column-free building corners, and cantilevers of 20 to 45 ft. These long cantilevers and clear spans would typically add extra cost and time to the construction of the project. However, LERA designed the steel spandrel girders to pass continuously through the composite columns at the perimeter, splicing the spandrel members only at locations of low internal forces. This innovative approach saved time and money by removing 75% of the moment connections and reducing the total number of steel pieces/crane picks per floor. 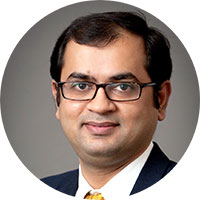 Steeled Efficiency
An innovative construction sequence was implemented for the construction of the tower: a structural steel frame was erected first, followed by an encapsulation of the service core in reinforced concrete. Typically, for steel-concrete buildings outside of New York City, the concrete core is constructed first with embed plates and followed by steel floor framing.

In the typical construction of perimeter steel columns, the steel beams and columns are aligned. For the long spans and cantilever conditions at 4WTC, however, the standard method would have required a significant moment connection at every column. To overcome this, the spandrel beam was offset from the columns, allowing the beam to be continuous and bypass the column uninterrupted. This drastically reduced the number of moment connections required to support 80-foot clear spans. Splice locations were then chosen at points of low moment along the length of the spandrel beams, thus simplifying the connections and providing additional savings in cost and time.

The steel frame also led to efficiency in the link beams embedded in the core. Link beams, which connect two very stiff vertical elements, such as elevator cores, are highly stressed elements. When done in concrete, they are very congested with reinforcement, which can also lead to problems with concrete consolidation in construction.

In 4WTC, the link beams are made from steel built-up shapes. Steel is much better at resisting shear forces than concrete, and the steel link beams were much smaller than comparable concrete beams would have been. The steel link beams were also erected with space left between the top of the beam and the floor above, allowing ductwork and other utilities to be run above the tenant-finished ceiling.

Another significant technique to reduce construction time was in placing the erection columns to which these link beams were connected within the elevator core wall but offsetting them from the end of the wall by 6 feet.

This meant that the steel-link-beam-to-steel-erection-column connection could be a simple, cost effective shear tab instead of the highly stressed, expensive moment connection that would have been necessary had the erection column been placed at the end of the wall. The shear forces from the link beam were directed into the concrete by composite action between the end of the wall and the erection column. This approach simplified the connections, resulting in further savings in time and cost. 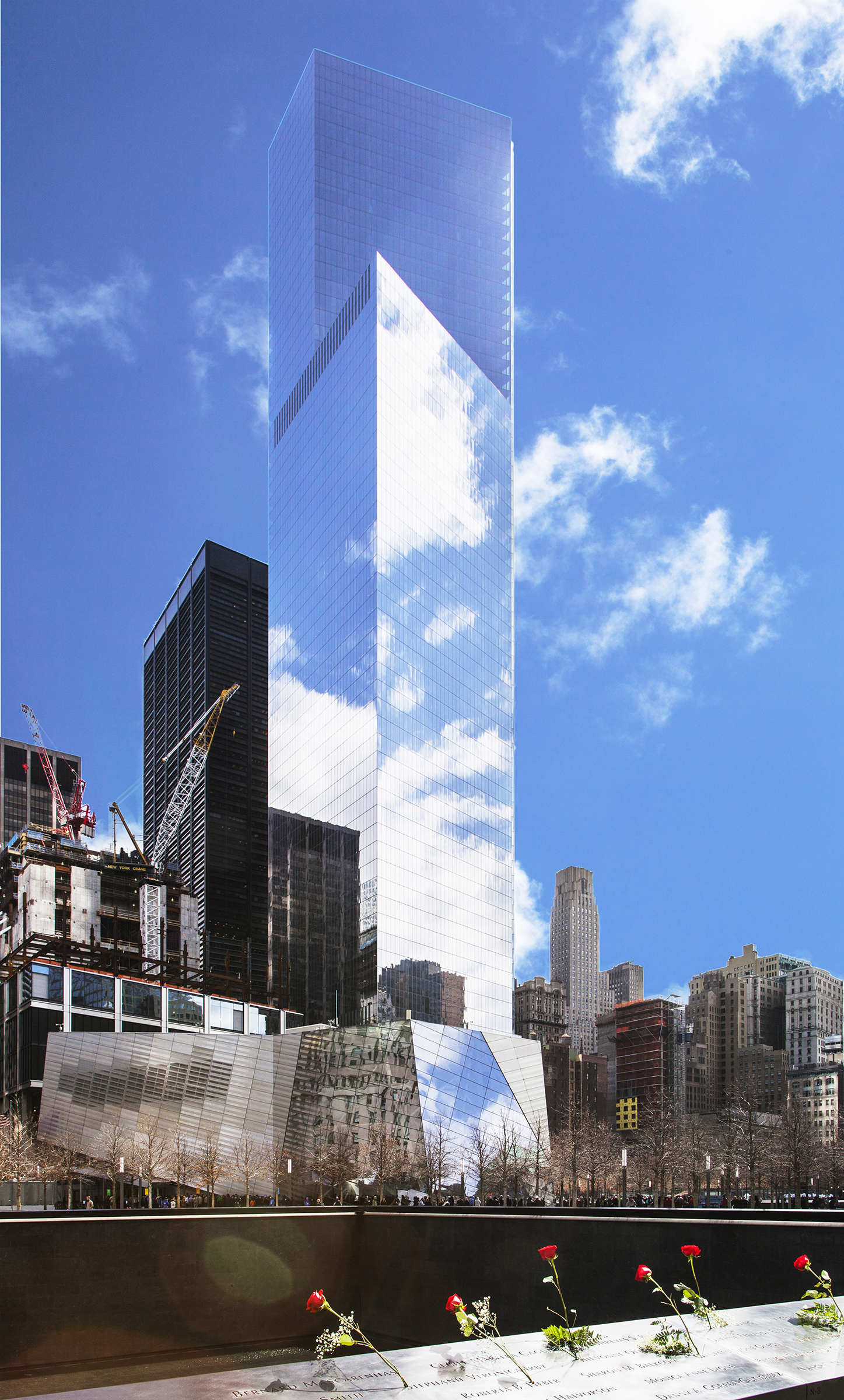 Sustainable Edifice
Awarded a LEED-certified Gold rating by the United States Green Building Council, sustainability was at the heart of 4WTC’s design. Recycled and sustainable building materials were used throughout and rolled steel members were incorporated into the concrete-encapsulated core. Additionally, the use of steel floor framing allowed for lighter floors within the core, thus reducing the overall weight and volume of concrete materials.

All the structural steel innovations present in 4WTC were made possible using cutting-edge computational design software in the planning and optimization of the project.

Prior to the initiation of construction for 4WTC, the design team worked with a steel detailer to create a 3-D Tekla model of steel components of the building. Developed as a quantities survey and early coordination model, this model proved crucial to the success of the bidding process. The design team also performed structural steel connection design for all non-typical connections, including all moment, truss node and beam-to-perimeter column connections. 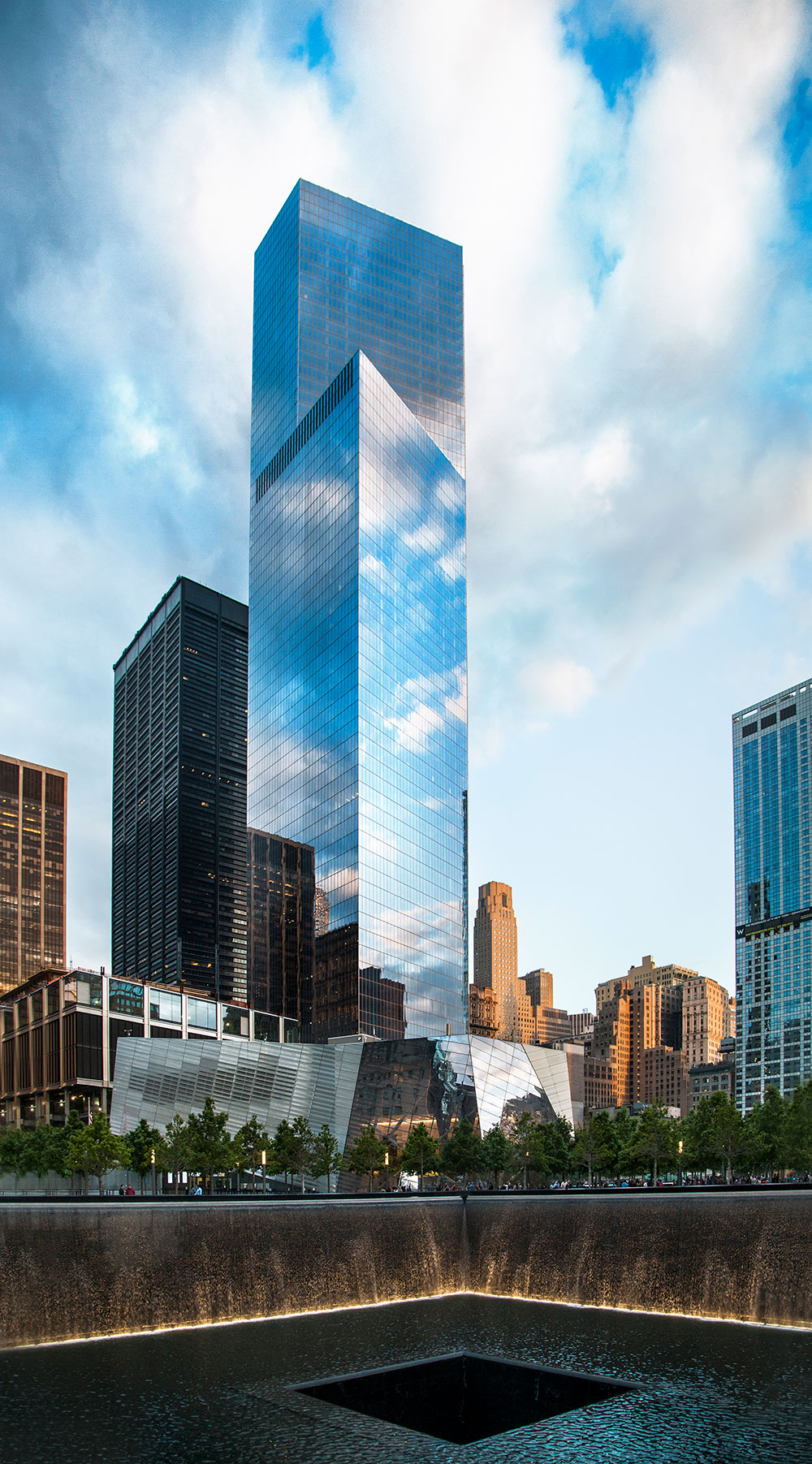